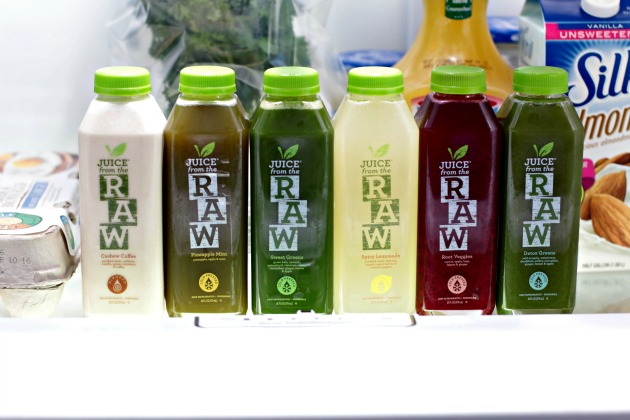 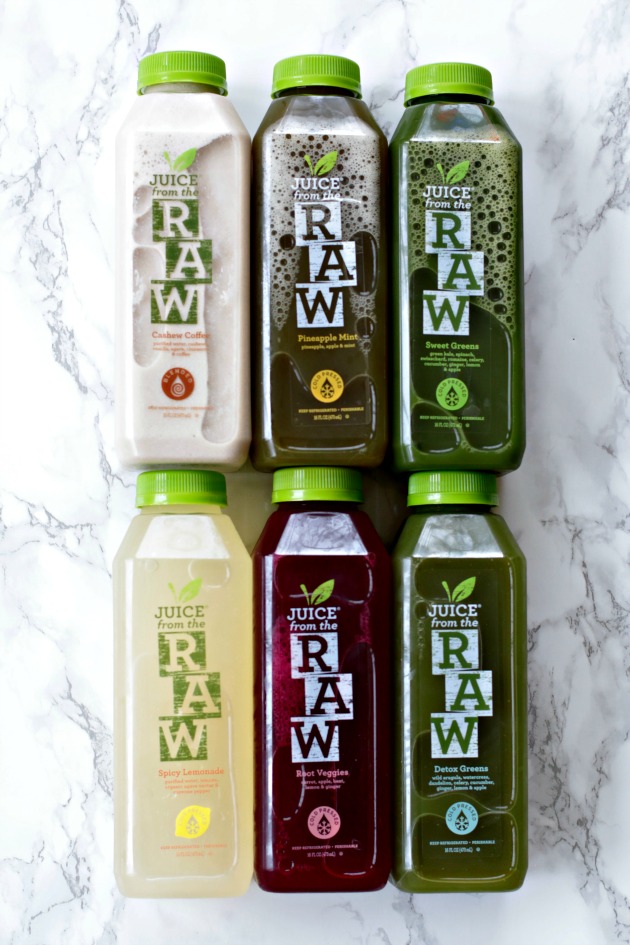 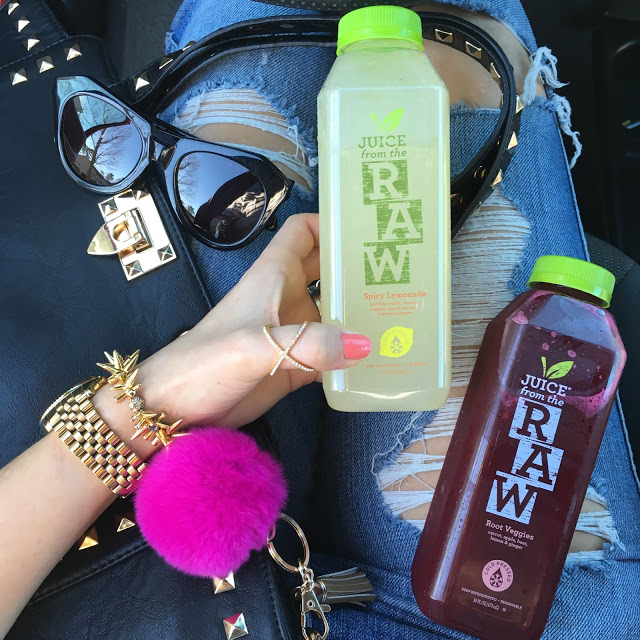 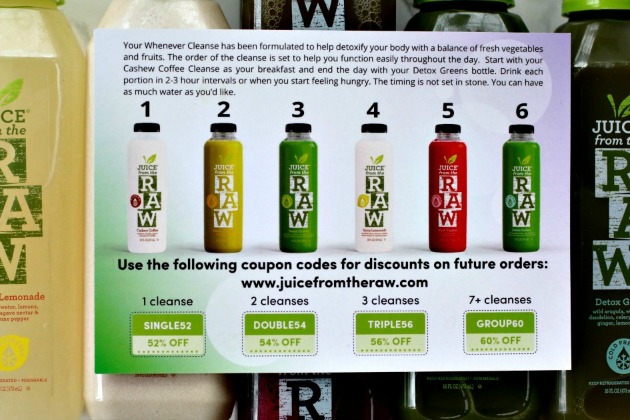 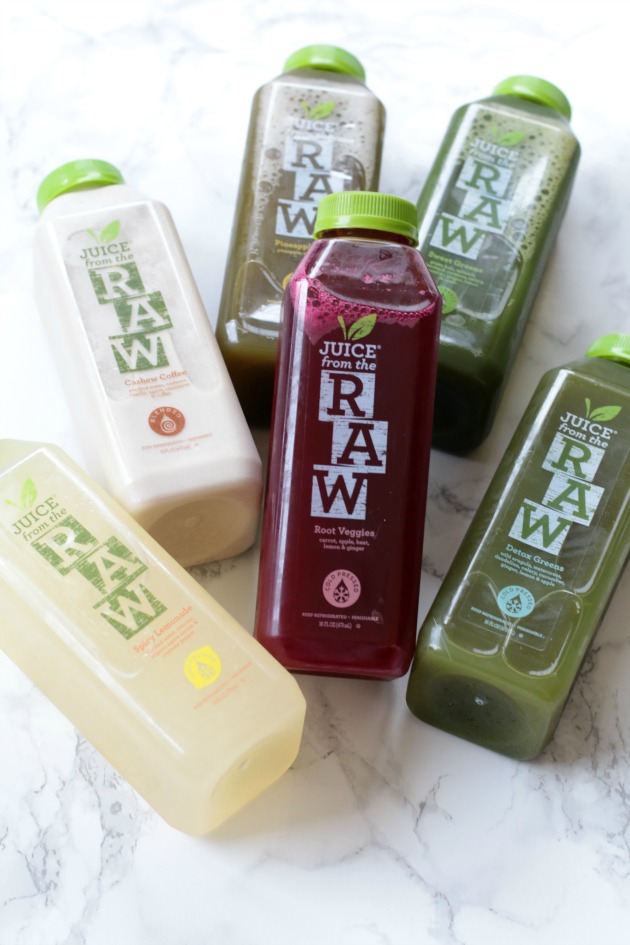 Only one more day until FriYAY!  This time last week I was doing the 3 day Juice from the Raw cleanse.  I chose to do the “Whenever With Cashew Coffee Milk” simply because I can’t even tell you how many years it’s been since I haven’t had coffee, & I wanted something to help with that in the morning.  There are 6 different cleanses you can choose from at www.juicefromtheraw.com that will suit your cleansing needs. The order of juices from the cleanse I did was Cashew Coffee, Pineapple Mint, Sweet Greens, Spicy Lemonade, Root Veggies, & Detox Greens.  I actually enjoyed all of the juices with my least favorite probably being root veggies (but still not bad).  You get the same 6 juices a day for 3 days (18 total).  You don’t eat nor drink anything else other than water. Keep reading to hear about my day by day experience.

Day 1 I woke up & the first thing I did was workout.  I thought since I couldn’t drink coffee that would be the best way to gain some energy.  I did 45 minutes of cardio & felt great.  I cracked open the first “Cashew Coffee” drink for the day & savored every sip.  It’s thick & tasty, & is kind of like a dessert in a bottle which is probably why it’s one of my favorites.  The rest of the day was completely normal & no complaints. I space out the juices to where I drink them when my body tells me I’m hungry.  It worked out perfectly & to where I was finishing the last juice even later than I usually eat dinner & around 8:00pm.

Day 2 I woke up & again the first thing I did was workout.  This time I felt much weaker so I just decided to do an hour of yoga.  The only thing I could tell is that I was tired, & it was probably because I shouldn’t have worked my body so hard on the first day of  juice cleanse.  #Stupid.  Other than being a little tired I felt fine & went about my day toting around the juices with me while I ran errands.

Day 3 was probably the hardest for me only because I woke up with a headache.  Again, my fault.  I opted not to work out this day & just take it easy, which is probably what I should have done in the first place.  I’m stubborn, what can I say.  It actually wasn’t until I was vacuuming & moving my body that I got rid of my headache & felt just fine once that was gone.  I went to the grocery store that afternoon & that was the only time I felt myself get a little hungry.  Can you blame me?  I was washing & cutting veggies when I got home to have for the weekend & almost screwed up popping veggies in my mouth while cutting them, but I caught myself!  Those were literally the only times during the 3 days I wanted to eat something. That evening Matt came home & he had to sip cocktails all by himself while we caught up on some shows.  It was weird to not be sipping one with him, but I would be drinking coffee & back to normal in no time.

Overall the cleanse went just fine & I felt great the next morning.  I only ended up having one cup of coffee (I usually drink about a 1/2 a pot!) because I felt the effects really quickly & it almost made me jittery which was weird.  I transitioned slowly back into solid foods making sure to eat a bunch of fruit & veggies for breakfast & lunch & keeping it light for dinner.  If you’ve never done a cleanse I highly recommend it.  If you’re thinking you can’t do it for 3 days you’re wrong.  I think you’ll even be surprised how full it keeps you & how amazing you’ll feel once you’re done with it.  Whether you need a reboot or simply want to challenge yourself give it a go.  You have nothing to loose but toxins & probably some lb’s!  🙂